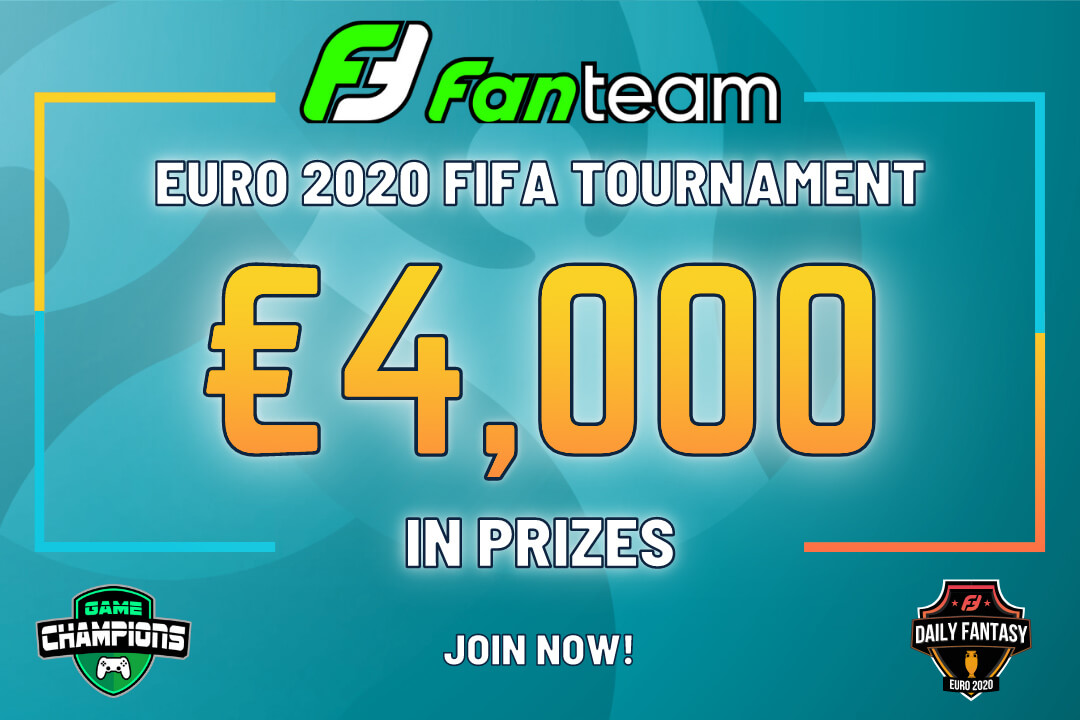 The first week of our exclusive FanTeam EURO’s tournament has officially ended. This week has been an exhilarating joy ride full of emotions, competitive fire, and exemplary sportsmanship. Now, with a solid week of FIFA action behind us, we intend to give players a quick recap of what this tournament is as well as announce future competitions.

Champions of the Week As always, we want to congratulate the top performers of the week and give them a special mention in this section of the article. This week’s big winners were manuel rodriguez—in 1st place, Yohan Kouakou who clinched 2nd and Guido Davi who earned 3rd place. These players will receive smashing cash prizes from our tournament’s massive prize pool. On top of this, all players ranked within the top 50 places on the leaderboard will receive some allocation of FanTeam tickets. These tickets are essentially monetary prizes that allow you to play and bet on the FanTeam site—scroll down to read more about FanTeam and how this tournament is sponsored.

Bouncing off the brilliant success of this week’s tournament we’re keeping the ball rolling and launching another trademark free-entry FIFA 21 competition. This next FIFA tournament will begin tonight at 6 pm and will mark the second week of our FanTeam EURO 2020 event. The tournament will extend from 6 pm on the 18th of June to 11:59 pm on Thursday the 24th of June.

As mentioned previously, this tournament will lean heavily on the theme of this year’s EURO 2020 tournament. Our Champions Draft lineup—click here to read more about our trademark Champions Draft mode—for Free matches will only feature playable international teams from the EURO’s roster of 24. Evidently, we will include several wild card teams to accommodate that some of the tournament’s teams do not exist in FIFA 21. That being said, the focus will remain on national teams. One aspect that won’t be changing is the free-to-play dynamic. Just like most of our previous FIFA tournaments, this competition will include free-to-play and will feature the optional possibility to play cash matches for additional points. Overall, this summer promises to be tons of fun both from a football fan point of view and a gamer point of view so strap in, turn on your consoles, and get ready to challenge for mindboggling cash prizes.

This tournament is sponsored by our good friends over at Fan Team. FanTeam is the BIGGEST Daily Fantasy Sports platform in Europe. If you love betting on football matches then you will love FanTeam. They organize epic tournaments and thrilling leagues with insane 1 million euro prizes. As part of the promotion of this event, FanTeam will be providing half of all prizes included in our unique EURO’s 2020 tournament. In short, this means that the 1000 Euro weekly jackpot will be divided into two 500 Euro prizes with the first being awarded in GameChampions credits and the second in FanTeam tickets. We are ecstatic to be collaborating with such a high-profile brand to bring you guys the most immersive and transformative competitive gaming experience you are ever likely to be a part of. Click here to learn more about FanTeam and to register an account on their site.

So, what are you waiting for? Click here to register for our next free FIFA 21 tournament and stand a chance at winning a part of our breathtaking 1000 Euro cash prize.