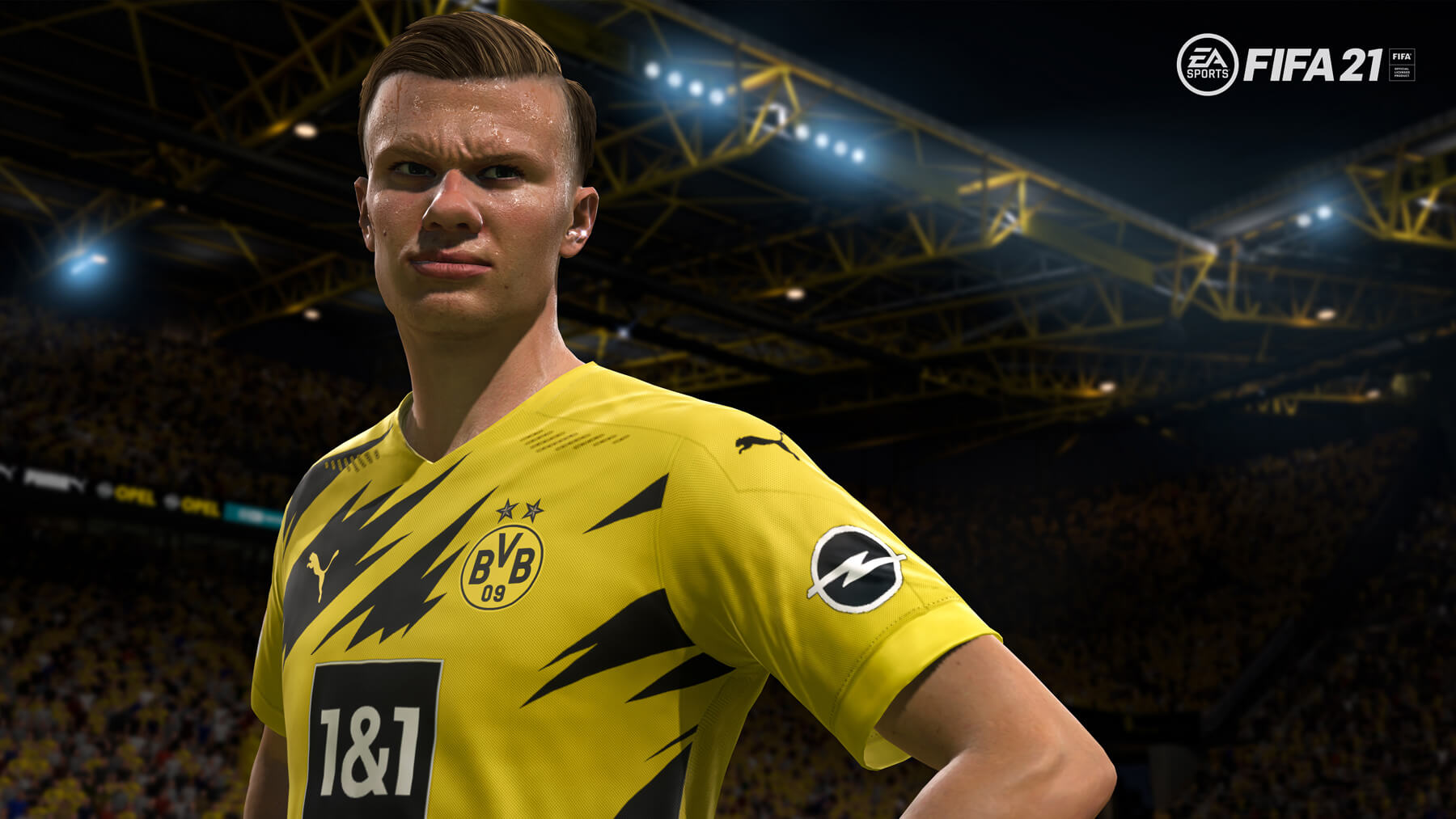 FIFA 21 comes with several new additions to its core base gameplay. This year the focus is on revamping attacking football and introducing brand new mechanics to make it more dynamic, creative and enjoyable. The first of these features is the reimagined dribbling system EA is calling 'Agile Dribbling'. Agile dribbling is supposed to allow for faster footwork giving players "more control and responsiveness in one on one situations". The second addition to gameplay advertised by EA is a feature called 'Positioning Personality'. Positioning personality is supposedly going to place more emphasis on players' positional awareness. World-class attacking players will now hold their run and stay in line with the last defender, creative midfielders will attack open spaces to play between the lines while top-class defenders will close down passing channels to limit the opposition's chances of creating opportunities. And finally, the last gameplay addition coming with this new iteration of FIFA is the introduction of brand new player-controlled creative runs. In FIFA 21 you will be given more control to influence your attackers off-ball movements, which will "revolutionize attacking build-up play" and give you more ways to break down defences.

For years and years, the FIFA fan-base has been crying out for there to be meaningful and creative new updates and changes to the beloved career mode. This game mode has been a fan favourite for a long while and yet EA seems to neglect it year in year out by failing to add new impactful changes to what has become an established and worn-out formula. However, this year promises to right those wrongs with the game’s tagline even rumoured to be “the year of career”. From what EA have disclosed, it seems like they are making noticeable efforts to address some lingering issues with the mode while also listening to player feedback to introduce a handful of long-awaited features.

Perhaps the biggest and most anticipated enhancement to this mode is the new interactive match sim. With the interactive match, sim players will be able to jump in and out of simulated matches to take control and decide key moments such as free-kicks, penalties and last-minute surges. The interactive sim will also allow players to monitor match data and make game-time substitutions based on performance and stamina levels.

A revamped growth system also takes centre stage as one of the most promising new features coming with the game. Now you will manage your player's development will the ability to turn “right-backs into right-wingers, defensive midfielders into centre backs, and more to fill gaps in your team”.

FIFA 21 is adding an entirely new element to player performances called ‘Match Sharpness’. Match sharpness is a new attribute that shows how likely a player is to perform in crucial moments during a game. You will increase your players match sharpness with the new ‘Active Training System’ that gives you “the ability to set up group training sessions to improve the likelihood of your strikers putting big chances away or of defenders making key tackles”.

There are also a number of positive changes that were made to the in-game transfer market. Players will now have access to different ways of bolstering their squad with the addition of optional or mandatory loan to buy deals. On top of this, AI managers will now approach you about the possibility of making player swap deals with them.

FIFA Ultimate Team (FUT) will also see the addition of a Co-Op option, which will allow you to play with friends and earn rewards in a variety of different challenges and modes. Player’s will “join forces in both Division Rivals and Squad Battles to earn weekly progress, and work towards brand new Co-Op Objectives that reward playing together beyond winning on the pitch”.