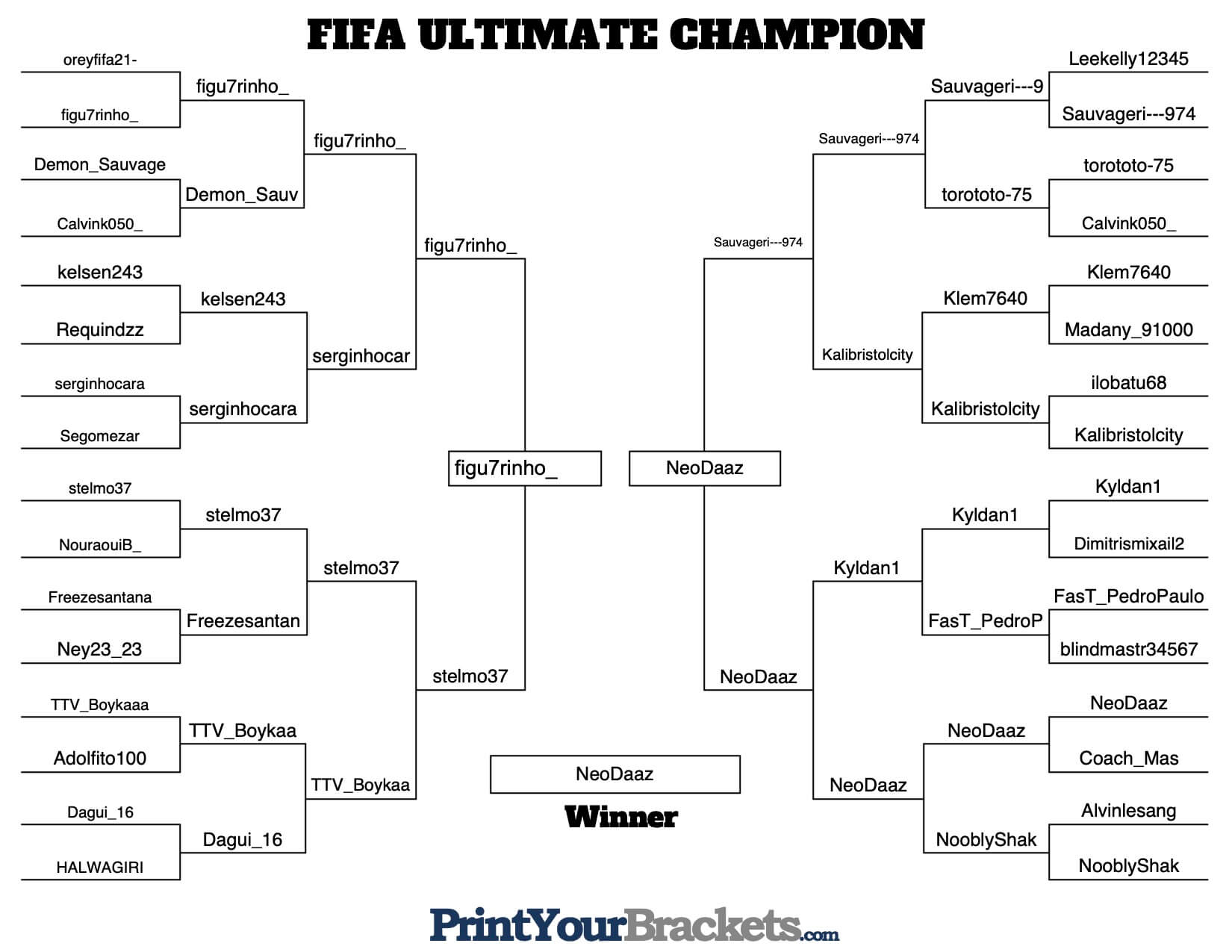 Our Championship Tournament is a special cumulative event that features the best players from each leaderboard collected after a month of weekly tournaments. The 32 players taking part in this exclusive tournament will compete in traditional bracket elimination rounds for free till the winner is crowned in a pulsating, nail-biting final.

The winner of our elite Championship Series competition will receive a spectacular grand prize of 125 Euros. Second and third place, on the other hand, will earn 75 and 30 Euros, respectively, for their commendable efforts.

To play your matches you must contact your opponent on PSN to schedule a time to play the match(you can find his PSN gamertag on the schedule or tournament bracket). If your opponent does respond to your PSN message and/or refuses to play the scheduled match you must take a picture of the chat on your PlayStation and send it to the admins by email help@gamechampions.com.

After you have played your match you need to take a picture of the results and send them to the admin by email at help@gamechampions.com. The winner will move on in the bracket to the next round.

All matches will be played with standard Game Champions rules of 6 minute halves. Custom formations and Legacy defending are not allowed. Soccer aid team is not allowed. You must record the video of all your matches in case there is a dispute. You can record your gameplay by pressing the share button on your PS4 controller.

This exclusive Championship tournament will follow a traditional bracket elimination format, starting with 32 players in the round of 16 and progressing to a climactic final. The tournament will last 5 days with each day representing another round in the elimination process. The round of 16, Quarterfinals, Semis and the Final are the 5 stages that make up this competition. At 11 pm every night we will announce the matches for the following day.

* Each game has to be played and the evidence sent to help@gamechampions.com before the 10 pm deadline of the following day or you will be disqualified.

Join the official telegram group to stay informed about this Tournament schedule and watch all the matches after they happen.

Earning a Place in the Ultimate Championship Series

There are two ways in which our players are selected to compete in our free championship series event. The first way is through qualification, by ranking in the top 4 places of one of our weekly tournament leaderboards and the second is to be chosen by the admins through our loyalty program. As a player, you can only guarantee your entry by qualifying through one of our free weekly tournaments.

How to Sign Up for a Weekly FIFA Tournament

So, what are you waiting for? Click here to register for our next free FIFA 21 tournament and stand a chance at winning a part of our breathtaking 500 Euro cash prize.