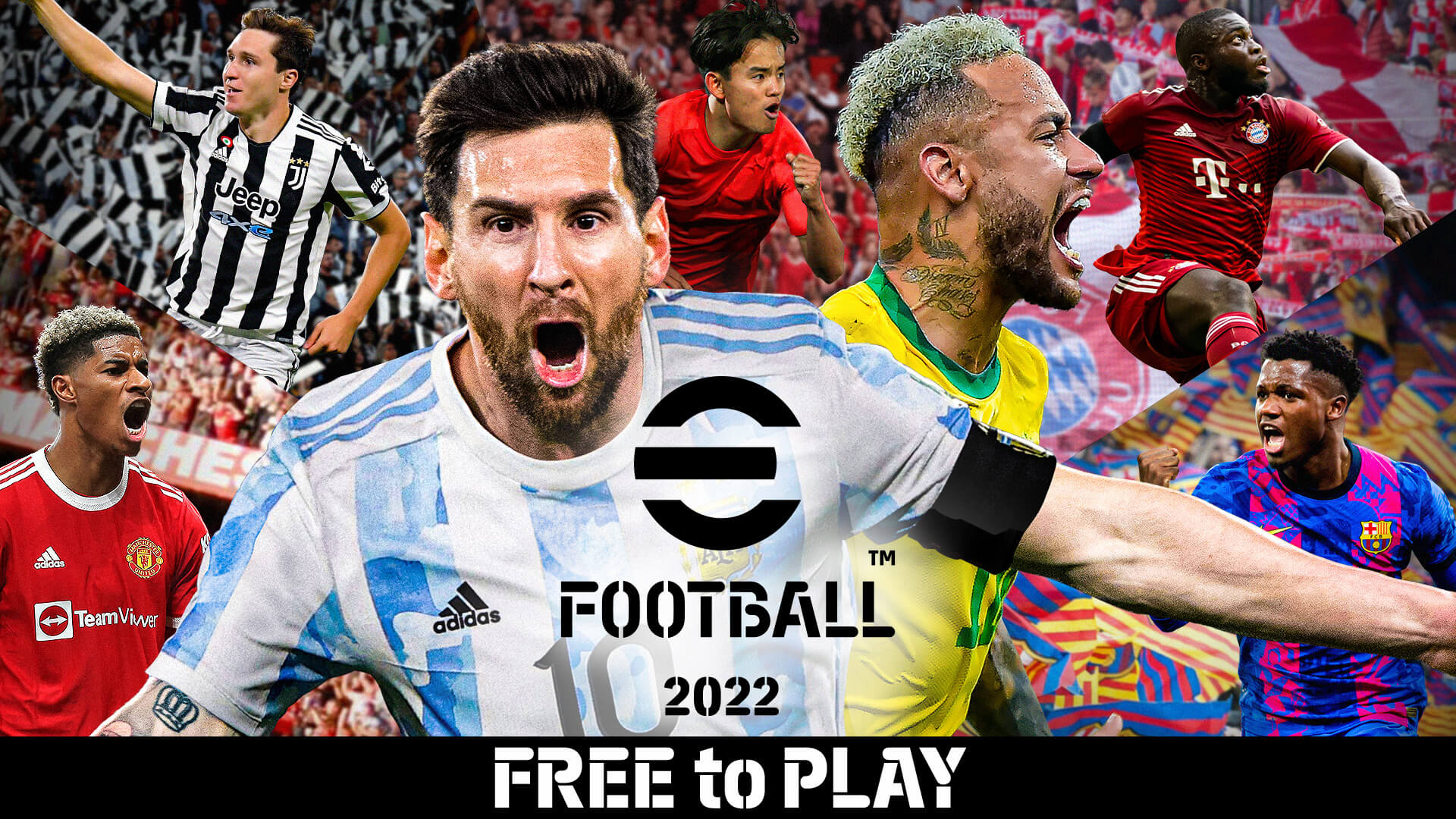 There aren't enough words in the English language to describe the shambolic and crushingly disappointing release of eFOOTBALL. The game's launch was so turbulent and so poorly received that it prompted an official apology delivered by Konami to their devoted fans. Playing the game firsthand gave us a clear understanding of why Konami issued this apology and how messy this project had turned out to be. Every facet of the game was rotten, from top to bottom. The mechanics were clunky and unintuitive, the graphics comically awful, and the gameplay was painfully dull and repetitive. The only redeeming aspect in a collection of broken mechanics and failed innovations was the fact that Konami were not charging gamers to play the game. Considering the uproar from fans and the general cloud of negativity that enveloped the release of this game, it would have been interesting to see the public carnage had Konami decided to slap a 60-dollar price tag on the game. Nevertheless, the game is entirely free, and to their credit, Konami have since released a statement explaining that eFOOTBALL will be receiving consistent and devoted support throughout its lifecycle. The hope is that these many updates will eventually elevate the game to the standards of quality and realism that Konami and the PES series, in general, are known for. This disastrous launch, was a costly misstep from Konami as it reinforced FIFA's claim to the football gaming throne and accentuated the gap between the two Francises like never before.

Following the backlash and criticism of eFOOTBALL's launch state, Konami decided to issue a public statement in which they apologised to the fans and promised to continue improving and updating the game consistently. They stated in their apology that "this work will be continuously updated, quality will be improved and content will be added consistently." To their credit, Konami has mostly delivered on the promise of consistent updates, with the game receiving frequent patches and minor bug fixes contributing to a generally smoother gameplay experience. However, while the frequency of updates has been steady and commendable, Konami have yet to deliver on the two most important fronts: content and gameplay. Even after countless patches and updates, the game is still very barebones and feels unfinished. There is still only one game mode, the online exhibition, played against AI opponents. When you compare this to the modern standards of sports games like FIFA, NBA 2K, and ironically, PES 21, you will find that they are still a million miles away. But as we know, eFOOTBALL is still—controversially—a work in progress, which bring us to the upcoming v1.0 update. The v1 patch will replace the current v0.9.1 build of the game and vows to bring fresh content and revamped gameplay. The first significant content addition is the new stadiums. In v1.0, Konami are bolstering the lackluster stadium selection by bringing some of world football's most prominent stages, such as the Allianz Arena, Emirates Stadium, and a handful of renowned South American stadiums—including the Maracanã and the Neo Quimica arena—to the game. On top of this, the developers are reworking most of the player likenesses' and fixing the laughably bad facial animations to make for a more immersive and believable football simulator.

Another feature you can expect from v1.0 is the introduction of a new game mode: Dream Team. From what we know, the Dream Team game mode will resemble EA's immensely popular Ultimate Team, adopting the same formula and core gameplay loop. Based on leaked images, you'll have two options when it comes to playing games. The first option is to compete against AI opposition—of varying difficulty—through 'The Tour' event. This should be similar to FUT's squad battles which pit you against  AI-controlled Ultimate Teams assembled by other players or through in-game events. This mode will benefit gamers that want to hone their skills in a friendlier environment. Like squad battles, this will be a place where you grind to earn rewards such as in-game currency and new cards for your team. Once you're confident in your abilities and the squad you've built, look for the next challenge in eFOOTBALL's new player leagues. Player leagues are the eFOOTBALL equivalent of FUT's division rivals. This mode is still shrouded in mystery, but we know it will feature head-to-head online matches and a dynamic leaderboard that rewards you based on your performance in the leagues. In the end, the dream team mode is an exciting prospect that offers an overdue layer of depth to the game while serving as a subtle reminder to all PES fans that Konami has not given up on this project.

As far as gameplay is concerned, a few notable changes are worth mentioning. For starters, players will now be able to press with a second player while in defense by holding down the R1/RT button. On top of this, the rhythm and speed of the game has been reworked in favor of a faster pace that gives greater energy and life to attacking play without sacrificing the strategy and nuance of defensive football. Another meaningful addition is the introduction of stunning passes and stunning shots. Stunning passes will allow you to make more incisive passes that have much more pace on them, while stunning shots make your shots more powerful and give them different spins. Both of these actions are performed by holding down R2/RT while pressing either the passing or shooting button to carry out the respective move. Finally, Konami are also upping the immersion by adding a handful of new in-game cutscenes and making sure that they all run more smoothly this time—above 30FPS. All in all, these changes appear mostly positive; however, it remains to be seen whether the new stunning shots and passes come with balancing issues similar to those posed by the introduction of FIFA's timed finishing. Konami have been relatively tight-lipped about the future plans for eFOOTBALL. They have maintained that major updates will come every two months adding new modes and continuously improving gameplay. Unfortunately, we still have no clear roadmap or any layout of future plans so it’s difficult to know what’s to come. In any case, there are a few things that have been speculated for release in the coming months including the launch of the mobile version, a new master league mode, and the promised integration of cross-platform.

The v1.0 update is Konami's first real step down a long and complicated road to redemption. Unfortunately, the question has to be asked: will fans be patient and give this game the time it needs? Since the surge of live-service titles, gamers have slowly been conditioned to expect and tolerate the release of half-finished products or games that are missing core elements such as single-player campaigns or dense online modes. Make no mistake, this is the wrong approach to game development, and players are now waking up to the truth. These days, live-service games are met with caution and fierce criticism rather than blind optimism and patience. That's why some fans will have understandably burned their bridges with this company and vowed never to re-download the game. Most players have already gone back to FIFA—or they are waiting on the release of ambitious future titles—and it's easy to see why. As it stands, FIFA offers a more complete, comprehensive package that stands head and shoulders above eFOOTBALL in every department of the game, whether that be graphics, gameplay or something as simple as presentation. EA have been building and improving upon the same foundation for years, acquiring all the licences, perfecting the graphics, bolstering the content and fine-tuning the gameplay.

In comparison, Konami's eFOOTBALL project was always going to be a risk. However, we still want to applaud risk-takers and would-be pioneers in the gaming industry because they don't come around often. Konami's eFOOTBALL exists in an industry more concerned with profit margins and rhythmically churning out sequels, prequels and spin-offs to existing IPs than being genuinely original and innovative. Personally, I will keep returning to this game not only in the hopes that it delivers on its promises and becomes an enjoyable football game but also to see if it can prove to the industry and titanic triple-A developers that some risks are worth taking.