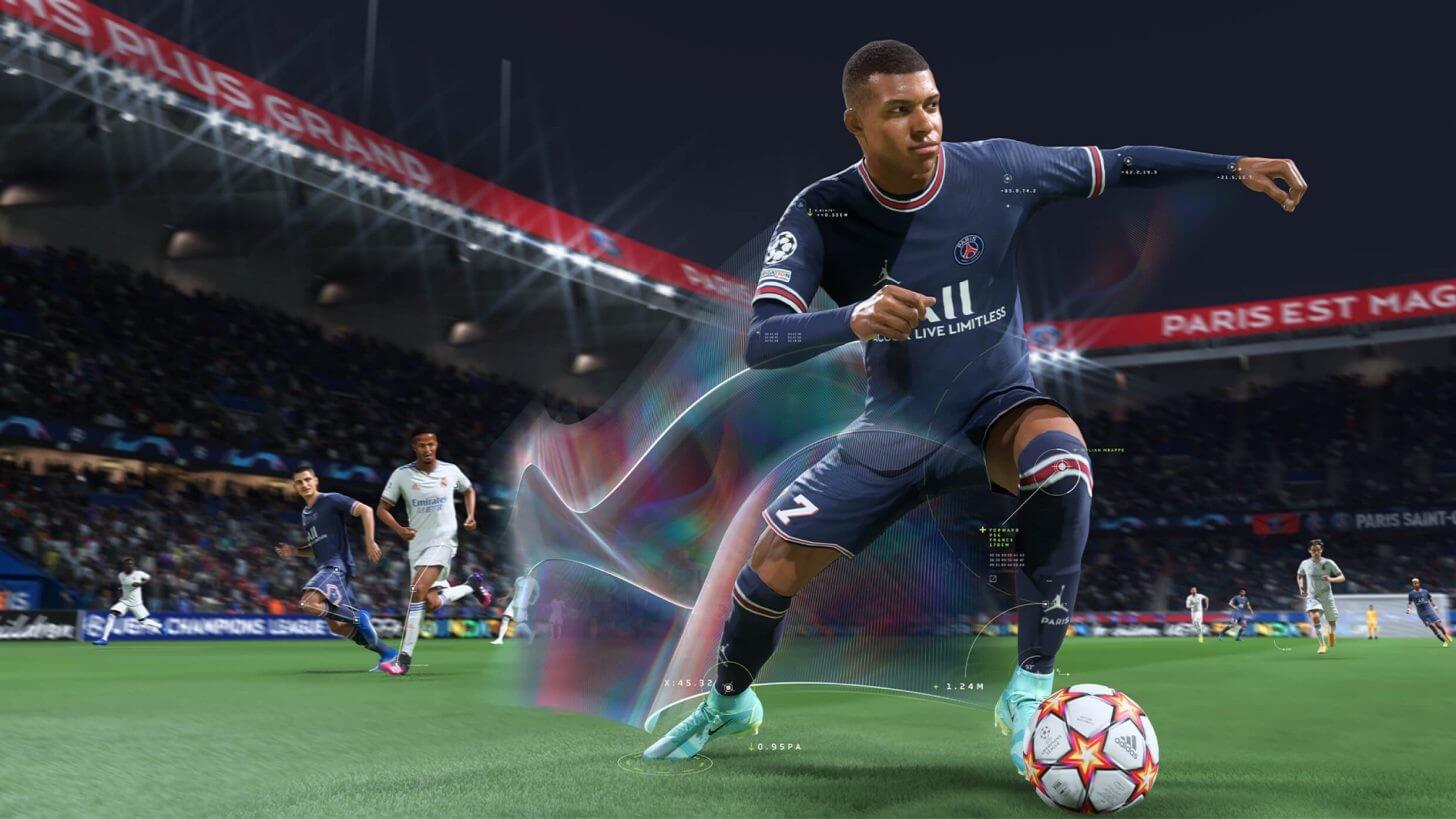 If you have ever played FIFA or followed the franchise throughout the years, you will know that the single most common critique levelled at the developers—EA Sports—is that the games all feel the same. Most complaints and negative comments all follow a standard thread line; at its heart is the notion that EA doesn’t innovate or commit enough energy into improving their yearly FIFA titles. Fortunately, FIFA 22 is destined to bring change as it marks EA's first proper attempt at developing a modern FIFA experience tailored for the newfound power and capabilities of next-generation consoles. In this article, we take a deep dive into FIFA 22 to determine whether EA has used the new tools at their disposal to instigate tangible improvements to an unquestionably stagnating formula. Or whether they have exploited the promise of next-gen to trick consumers into emptying their wallets for just another glamorised season update.

‘Hypermotion’ is this year's flagship feature and supposedly the most significant showcase of FIFA 22's cutting edge new technology. Unfortunately, it can be hard to decipher the actual application of this technology as EA's insights on the matter have been heavily shrouded in mystery and coated with a thick and unsightly layer of technical jargon. To that end, today we will break down their statements and attempt to navigate through the dense cloud of marketing lingo to find a core thesis and better understand the concrete improvements to this year's gameplay formula. EA's first 'Hypermotion' selling point is their "Advanced 11v11 Match Capture". As the name suggests, the 11v11 match capture is a bank of motion capture data collected by putting 22 real-life players into high tech Xsens suits and making them play a complete, high-intensity football match. The data collected from player movements, tackles, aerial duels and on-ball actions is later used to power the way "both individuals and teams move across the pitch in FIFA 22". The second half of the 'Hypermotion' puzzle is what EA refer to as 'Machine Learning. The concept of machine learning revolves around an innovative, lighting fast algorithm that learns from over "8.7 million frames of advanced match capture" and uses that data to code "new animations in real-time". EA then uses these new animations to create "organic football realism across a variety of interactions on the pitch". With all that said, the general feedback coming from the FIFA community is that the next-gen hype-train screeches to an underwhelming halt when you boot up the game and actually start experiencing the new mechanics. In the end, it's evident that ‘Hypermotion’ is an enticing proposition and signals an undeniable yet subdued stride in the correct direction. However, our feeling is that there is still a gaping imbalance between the dreams and sugar-coated fantasy EA is selling and the concrete, noticeable refinements to the gameplay experience. Perhaps with a few tweaks to the 'Hypermotion' system, this technology could blossom into something truly remarkable and worthy of the 'Powered by Football' tagline.

To analyse how FIFA 22 defers from its predecessor, we have decided to break this section down into three parts: attacking play, defending, and goalkeeper AI's. Attacking wise the game feels much more deliberate and tactically enticing. Passes of all kinds are much more precise, and the resolution of this year's AI defending makes carving out chances a much more intricate affair that rewards patience, creativity and opportunism. Gone are the days of 5-star dribblers, cutting and dancing through your box as if your defenders weren't even there. One of the reasons attacking football feels so fresh is because EA has completely revamped and overhauled defensive AI. In FIFA 22, defenders are finally capable of maintaining an organised and dynamic backline. The in-game result is defenders that will consistently re-position themselves to adapt to different tactical requirements, play styles, and offensive situations. This is a welcome development as FIFA 21's inconsistent and chaotic defensive gameplay proved to be a glaring point of frustration amongst the fanbase. Lastly, the third and final aspect of the game that we must acknowledge is the goalkeepers. Last year's goalkeepers were a shambolic mess, so much so that it begs the question of whether or not it was a development decision made to ensure high scoring results. If this seems hyperbolic or exaggerated, perhaps you haven't heard of a little thing called the near post hack. The near-post hack, secret, or glitch—whatever you want to call it—is an un-patched, surefire method for scoring 100% of your one on ones in FIFA 21. Interestingly enough, the worst part of this bug, besides being game-breaking and leading to outlandish scorelines, is the fact that activating the broken mechanic is so mind-numbingly easy; aim for the near post, and you'll inevitably pull it off. Thankfully, FIFA 22 seems to have rectified this issue making keepers more reliable, authentic and dominant in head to head scenarios. Overall, FIFA 22 is host to various minute, quality of life gameplay improvements that propel this year's iteration of the beloved franchise to a more realistic and enjoyable realm of football simulators. FIFA 22 Career mode is another area of the game that has been subjected to pivotal repairs. First and foremost, FIFA 22's manager career finally allows players to create their own club and throw it into a league of their choosing. As part of the 'Create a club' fantasy, EA gives you the option to customise a wide selection of elements ranging from your crest and kit designs to the club's home stadium and board expectations. Sadly, these are the only additions to this year's manager career mode. While they remain fun concepts, they are entirely aesthetic additions that have no effect on the overall gameplay loop. In this sense, FIFA 22's player career mode breaks the mould and manages to breathe new life into a dying facet of the game. This time around, player career is modelled after FIFA 17's 'The Journey', an experimental story mode that featured full-blown cutscenes, match objectives and RPG-Esque skill trees that would incrementally improve the protagonist Alex Hunter's stats. These elements have been recycled and implemented into FIFA 22's player career to tremendous effect. FIFA 22 has successfully reanimated the corpse of the player career mode from being a dull and one-dimensional borefest to being thoroughly entertaining and infinitely more profound. In addition, the option to retire and become a manager within the same play-through is a nice touch, and it gives the mode a sense of synergy and closure that was previously absent. In the end, career mode has always been a coin with two sides, and this year one of those sides—player career—received dramatic improvements while its counterpart endured neglect and an overall lack of ambition stemming from the game developers.

Is FIFA 22 the same as FIFA 21? In short the answer is yes, however you can expect to feel subtle tweaks to Goalkeepers, some new animations powered by Hypermotion and of course slight improvements in the visual graphics. It's essentially the classic FIFA experience from last year's installment repackaged and sold to you at €79.99. We are willing to bet that Football fans are still going to buy it, just like they did last year. Speaking of betting, did you know that you can bet real money online on your FIFA skills. Thousands of players are paying their bills just by playing video games on our website. If you are looking to put your FIFA 22 skills to the test in FIFA 22 wager matches then look no further. GameChampions is the #1 site to play FIFA for money and compete in FIFA 22 tournaments with grand cash prizes. Don't have an account yet?